My sister, Leah Steel, created this arrestingly gorgeous beaded bra as part of a recent art show and auction for the Fullerton, CA artwalk. The show, at Artside Studio and Roadkill Ranch & Boutique, was called The Booby Trap and it invited local artists to submit bra-related works to be auctioned off for breast cancer research.

In an article that ran in the local paper the week before the show, Leah was quoted as saying that her best friend’s breast cancer diagnosis last year had provided the inspiration for her beautiful, but lopsided, bra art. “I was inspired to create ‘Pre- Post-‘ as a mirror-image representation of her body as it has been all these months since her surgery,” she said.

To me, it illustrated something I’ve come to believe: Art, real art, isn’t just craftsmanship. Art is about something other than itself, something more than itself. When any type of creative effort comes from that wellspring of meaning we all share, it will connect with other souls at a very deep level.

This applies, in spades, to writing, and it’s why pretty, embroidered writing isn’t enough for me. It’s not enough for me as a reader, and it’s not enough for me to aim for as a writer. The most beautifully crafted piece of writing in the world can’t hold my attention for very long unless it’s about something. There has to be an idea in there somewhere, a metaphor, something bigger at stake than a writer’s ability to manipulate language. In the best-case scenario, the writing is both beautifully wrought and meaningful, and the language itself is integral to that meaning. That’s writing as art, and it’s damned hard to do. Which, I guess, is why there aren’t more people doing it, and why I struggle so hard to create anything that I feel even approaches this level.

The bra show was filled with fun, inventive and gorgeous pieces, but Leah’s was an outright stunner. It was also far and away the donation winner, bringing in the highest bid of the weekend. On Friday, the first night of the show, a woman came into the boutique where “Pre- Post-” was on display, made a beeline for it and wrote down a substantial bid. She left her name and number with the proprietors with instructions for increasing her bid should anyone outbid her. She needn’t have worried; Her initial offer was so pre-emptively large that no one was likely to touch it. And, in fact, no one did. It remained unchallenged until the end of the show, where it remained the highest bid of the event.

Leah told me she had an opportunity to meet the woman, who was herself a survivor, during the show. The woman had read about the genesis of “Pre- Post-” in the newspaper, and said she just had to have it. This is not to say that the worth or success of any artwork can be judged by the price it commands at market. In this case, the large bid was a representation of the woman’s connection to the piece. It was clear that the story behind its creation was as compelling to her as its beauty.

Leah’s piece is all of a piece — the story and the work it engendered are inextricably tied. It’s more than beautiful: it’s meaningful, and that makes it a work of art. 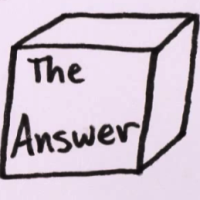